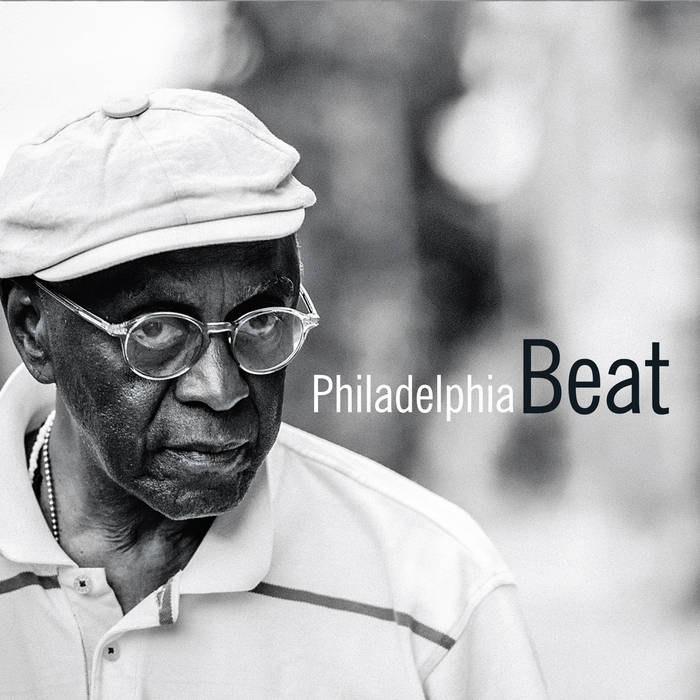 The Eli Wallis Quintet Seemingly disparate threads are woven together with plenty of space, groove, and delight in songful detail. Both breezy and literary. Favorite track: Bye-Ya.

Steve Wood One of jazz's greatest drummers, bar none. Unfortunately Iverson (one of my heroes) can't really keep up. Ben Street shines.

There have been pivotal locales which were the nurturing ground for the vanguard in many art forms. Jazz music has had a number of these spots, from New Orleans up to Chicago, then to New York and outward. It would not be hard to argue that the great city of Philadelphia should be recognized with these others as a wellspring of talented musicians.

One of Philadelphia’s prominent sons is the fantastic drummer Albert “Tootie” Heath. He, like so many other Philly natives including his brothers Jimmy and Percy, grew up in the music, as the city was ripe with musicians of the first order and an important stop for many of the progenitors of the music. On his new recording – Philadelphia Beat - Heath returns to his native ground to catch the spirit and preserve it.

Heath’s story begins in the City of Brotherly Love, where he was born in 1935 into a community that not only supported the music, but truly helped it thrive. Heath began his career early, forming the Bee Boppers with saxophonist Sam Reed and trumpeter Ted Curson, soon adding pianist Bobby Timmons and bassist Jimmy Garrison. Another group Heath belonged to was Bill Carney’s Hi-Tones featuring a young John Coltrane and Shirley Scott. His sideman work with musicians like Lester Young and Thelonious Monk helped to solidify his reputation as a drummer, allowing him to find success soon after leaving Philadelphia.

Joining Heath, on their third recording as a trio, are pianist Ethan Iverson and bassist Ben Street. Iverson is best known for his work with the lauded collaborative trio The Bad Plus but has also been an invaluable member of groups led by Billy Hart and Lee Konitz, among others. Street has long been a first call bassist for many of the leading lights in the music, including David Sanchez, Danilo Pérez and Kurt Rosenwinkel, and always joins Iverson in the Billy Hart quartet.

In the midst of the trio’s stay in Philadelphia and recording sessions at Turtle Studios, they were able to meet up with a handful of Heath’s friends and peers at the Clef Club, the headquarters of the city’s first black musician’s union, located near Heath’s childhood home. The guests included fellow Philadelphians Sam Reed, Billy Bonner, bassist Buster Williams, drummer Mickey Roker and Bill Carney. The meeting provided an opportunity for story telling, risqué jokes and a bit of inspiration for the musicians.

For the recording, the trio brought a diverse program of standards and a couple of not so standards. The performances show the ensemble’s ability to draw new concepts from well-loved pieces, being contemporary without ignoring the past.

The recording begins with a sly version of Milt Jackson’s “Bag’s Groove,” attractively dark and widely swung. Bennie Harris’s bouncy “Reets ‘N I” features Heath’s striking interplay within the piano led bebop melody while the ensemble’s take on Gloria Gaynor’s “I Will Survive” highlights Heath’s personal approach to R&B drumming and Iverson’s colorful, chromatic interpretation of this ‘70s classic. John Lewis’s “Concorde” is snappy and demanding as the trio handles its unique fugal form with aplomb.

A wonderful take on Eubie Blake’s lovely “Memories of You” follows, highlighting the restraint and taste that only musicians of this caliber can muster. Dizzy Gillespie’s “Con Alma” mixes oriental and rhapsodic elements, while a unique rendition of Bach’s “Wachet Auf, Ruft Uns Die Stimme” shows that any tune can swing in the right hands, especially if they are the brush toting hands of Mr. Heath. Thelonious Monk’s “Bya-Ya” is a perfect vehicle to hear the group’s great interplay and the drummer’s full arsenal.

Bernard Ighner’s “Everything Must Change” changes the pace with a warmly played soul ballad, which is followed by Kurt Weill’s “Speak Low,” with its original harmony brought in by Street. Yusef Lateef’s moody “Pentatonic Etude” (a never before recorded piece from the composer’s Repository of Scales and Melodic Patterns) begins with ethereal mallets and cymbals while Iverson takes a turn on Wurlitzer. The recording concludes with Cal Massey’s “Bakai,” an Afro-Cuban piece that allows Heath to show his versatility and range between the idioms of African and African American drumming styles.

On Philadelphia Beat, the trio of Heath, Iverson and Street provides another exemplary collection of far-ranging pieces that serve to show the expansiveness of their collective abilities. The concept of growing a community to expand and also to preserve jazz music is key to the ensemble’s ethos, which was only strengthened by their enlightening trip to Philadelphia, a city well known for the support and growth of musicians throughout the history of jazz music.

Bandcamp Daily  your guide to the world of Bandcamp